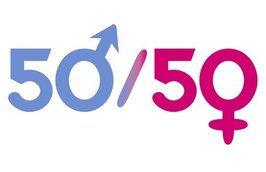 It is unfortunate that despite evidence that women can lead, there is still minimal presence of women in decision making positions. In Africa this can be attributed to cultures that have long treated women as chattels. This has been aggravated by religions such as Islam and contemporary Christianity that emphasise the secondary or helper role of women who should not challenge the authority of men, whom churches sanctimoniously declare as head, when it comes to leadership. The deliberate perpetuation of this can be seen in Zambia by the current spirituality that has emphasised chupo (marriage) and ubufyashi (fertility) at the expense of career development for women.
​Zambia is part and signatory to the Platform for Action, which was agreed at at the Beijing Women’s conference is an agenda for the empowerment of women whose aim is to accelerate the implementation of the Nairobi Forward-looking Strategies for the Advancement of Women through women's active participation in all spheres of public and private life. As a signatory, we have  therefore agreed to have a strong commitment to inclusive institutions. 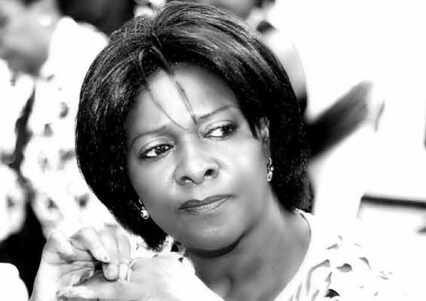 This obliges the government of Zambia to facilitate and to strengthen the capacity and the mechanisms for the advancement of women through equal participation of women and men in all national bodies and policy formulating and decision making processes. By MDG 3,4 and 5. Zambia was obliged to advance the cause of women’s participation in policy formulation and decision making processes. The SDG 5. Emphasizes this for gender equality is not only a fundamental human right, but a necessary foundation for a peaceful, prosperous and sustainable world. Providing women and girls with equal access to education, health care, decent work, and representation in political and economic decision-making processes will nurture sustainable economies and benefit societies and humanity at large.
It is unfortunate that in Zambia, there is little to show that there is progress in the inclusion of women in policy formulation and decision making processes. There is significant increase of women in the career space and women are now taking up professionals that were thought to be for men only. This could be better if there was a similar representation of women in the political arena. There are women in parliament and councils. However, their number is still insignificant to influence policy. There is lack of political will in all the political parties operating in Zambia to nominate and support women into parliament. This is due to cultural practices that still do not accept that women can lead. This is worsened by religion that has still relegates women to the homestead. The culture in Zambia, be it in political parties or in churches, is that the prominent role women play is to sing and dance, while the menfolk formulate policy and make decisions that affect women as well as girls.
The removal from the Zambian parliament, which is thin on women, of a woman in order to pave way for the appointment of a man to the same should challenge us to reflect on our attitudes towards women and interrogate ourselves whether we really stand by gender equality.
A lot of people celebrated when Hon M. Mwanakatwe was removed as finance minister. If Hon M. Mwanakatwe proved incompetent, it is fallacious to infer from her performance that there are no women in Zambia who could do better than her. In the interest of equal representation, the president should have done a rigorous search and replaced her with another woman. His removing her and sacrificing another woman in order to pave way for the appointment of a man is indicative of the Zambian mind-set that is still not open to women taking a leading role in politics. These kinds of stereotypes will not go away as long as traditional leaders will remain a strong force in Zambian politics. Traditional leaders are custodians of customary law and customary law is retrogressive and anti-women and girls. It follows that there is need to interrogate this institution of traditional leaders when it comes to issues of equal representation of women in the political arena. It begs the question to have a traditional leader, who is not elected, to be an advisor on issues of democracy in the 21st century. As long as Zambia accepts this institution of polygamous traditional leaders, women shall always be re relegated to play second fiddle in politics and girls will continued to be forced into early marriages in the name of preserving the rich Zambian culture.
It is against this background that the Jesuit Centre for Theological reflection calls on all concerned to examine the current situation in Zambia in the light of faith and see what Jesus would have wanted us to do, for he came so that people may have life, and have it to the full. Women and girls are people, therefore are too equally entitled to enjoy life to the full and they can only do so if there is democratic space that allows them to participate in policy formulation and decision making process. This challenges all political players to examine themselves and if indeed they are democratic to deliver to Zambia a nomination that would have equal representation of men and women, come 2021. If democracy is about hearing every voice, why is it that in Zambia women are still systematically excluded from political leadership? It is so because culture has the unwritten rules that exclude women. As to the electorate, especially the womenfolk, take it as your mission to not only campaign for your fellow women but to also not give your vote to a party that would not field women in an equal way with men. Make it your mission to amplify the voices of women and break down barriers to clear women’s path to leadership. It is time Zambia created an open political culture not tied down by the retrogressive customary law and not tainted with religious bigotry, where  women will progress from dancing and ululating for men to the policy formulation and decision making table.
​
JESUIT CENTRE FOR THEOLOGICAL REFLECTION
Physical Address: 3813 Martin Mwamba Road, Olympia Park
Postal Address: P.O Box 37774, 10101 Lusaka, Zambia
Tel: +260 211 290410 | Fax: +260 211 290759 |©  JCTR 2018
​